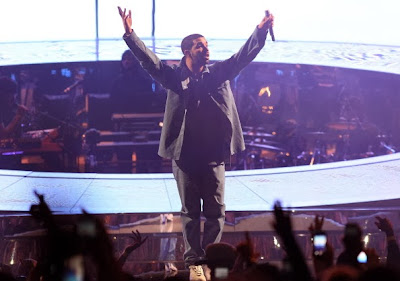 Drake’s been making fans hold out on hearing “Trophies” for months now but the wait has finally come to a close. The Hit-Boy produced track serves as the second release of what’s expected to include 4 or 5 songs from Drizzy by the end of 2013. Yesterday he released a “We Made It” freestyle, featuring Soulja Boy.
Was this really a leftover from Nothing Was the Same? Based on the celebratory theme of this and yesterday’s release, I’d take this as Drake’s victory lap on a great year.