How she blew 15 million in 4 years 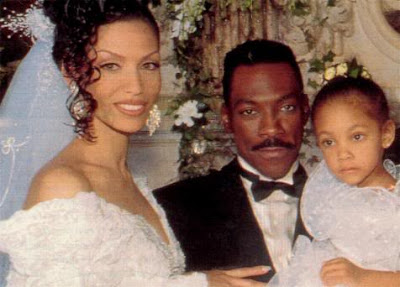 Eddie Murphy’s ex wife Nicole has blown her massive $15 million divorce settlement in just four years – and now she’s millions of dollars in debt.
What’s more, the IRS has slapped her with five tax liens totally $846,630, and she has put her opulent mansion up for sale. When Nicole divorced Eddie in 2006 after 13 years of marriage, she chose to take a one-time payout from the comedian of $15 million, instead of monthly alimony. But in a shockingly short span of time, she’s managed to lose all of it.
“Nicole made some bad investments with the fortune she got from Eddie, and now she is in serious financial straits,” said a friend of the 42-year-old stunner. Court records show that the IRS slapped Nicole with two liens for back taxes in November totaling $214,688.

That huge bill was on top of outstanding judgments against her for nearly $600,000 by a legal firm and another $60,000 demand for payment by a landscaping company. She also owes $5 million on her Los Angeles-area home.
“Nicole is overwhelmed by the mountain of debt she has piled up,” added the source. Nicole, who has five children with Eddie, invested in an Internet jewelry business, but the venture quickly failed and Nicole lost most of her money.” This is sad yet funny oh well
at December 28, 2010

Haha that is exactly what she gets... dumb broad screwed over eddie ...

soooo..I guess she gets no child support? and when is that wedding again? oooo, ok!

Hey, she has a new man on her arm tell him to handle it. And he isn't as good looking as Eddie.

WOW...She is a bird. But I need Eddie to come out the closet already.

Kinda sad actually...at least she was trying to INVEST her money in something. I have to admit, my first thought was that she's a gold digger that just blew it on stupid ish...like we black folk tend to do sometimes :)

I don't feel sorry for anyone with millions of dollars, there are plenty of ways to invest money, and it doesn't even have to be a business. Mutual Funds, 401K etc. Live off of it and choose a lifestyle that doesn't involve a lot of spending, that's what you get.

Damn babygirl!! That BLACK ppl with alot of money's problem. Bad investments. Instead of banking on someone elses dreams, build ur own! Ppl prey on u when u have accesible amounts of cash. She should have took her ass to some investment classes or school and took an economics course. I really don't feel sorry for her ass at all. I survive on $30,000 a yr with 3kids, rent, utility bills etc....... She had 15mil and child support!!! DUMMY!!!!! She betta ask Mike for some of that NyGiants and Subway money.

Hahahahaha that is the funiest thing I've heard. Goood for her dum self.

Yes she made some dumb choices but how does that make her a gold digger and why does she deserve this like some of you broke people are saying?? She did not do Eddie wrong, he did her wrong by having a baby out of wedlock and having other females coming forward saying he slept with them oh and not to mention him getting caught with a cross dressing prostitute. So you idiots need to think before speaking!!!! She should have gotten more money after being married to him for that long.

ASS FUCKIN DUMMY THAT'S ALL I HAVE TO SAY AND EDDY BET NOT HELP HER NOR FEEL SORRY FOR HER BUT JUST TAKE CARE OF YOUR CHILDREN.

People...We all make Huge, Medium and small mistakes. Judge not that ye may not be judged. If you want mercy then be merciful...Dang!!! Ya'll some mean hateful people.

Yes, I was like how in the hell do you spend that kind of money, but again we all can learn a lesson about living beyond our means.

Very sad...She's not too hard on the eyes, but that doesn't make her smart/a good investor by default..I am not surprised, and the only ones I feel any pity for are the children..She BLEW their future totally away, no matter WHAT she gets in support from the ex...Shameful...

shit, i could live off of that $$ forever, but i dont give a shit about expensive, designer THINGS - they r only things! well, shes on the arm of a former professional football player,so she'll b aight!! LOL shes evidentally not that big of a dummy!!

Well if I'm the new guy, I would straight tell her that those 5 kids are not my responsibility and I would not take on that debt just to have some eye candy. Talking about making it rain on schedule. "One's mans trash is another man headache. Not saying Eddie was "Golden" in this one, but trying to be a Hollywood house wife with no major money coming in is dumb and she have taken some classes or sumtin to help her with making wise decisions on investments. Now she expects this new guy to pick up the slack. It's funny how these women dig themselves into a hole by becoming independent and then look to another "BALLERS" to help them out and these foolish men who let these women bring them down. SMH.

I ain't even gonna lie, if I found out my husband was on the DL and giving trannies "rides" then I probably would have done something equally as stupid. What's ironic is she was dating Strayhan (who's been rumored to be on the low for years). Damn Nic perhaps women are your next best bet.

Fortunately for her, she found a leasee for her retreaded scratch-and-dent wares.