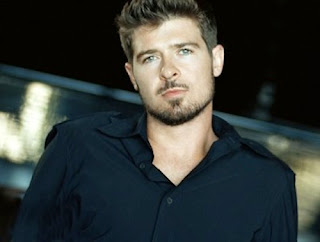 Robin Thicke and Lil Wayne have a long recording history. Thicke produced tracks for Weezy as far back as 2004 and appeared on Wayne's 2008 blockbuster Tha Carter III. For his part, Wayne appeared on Thicke's The Evolution of Robin Thicke and Sex Therapyalbums. The pair will be collaborating again on Thicke's upcoming album Love After War.
The two appear together on the track "Pretty Little Heart," which Thicke has premiered online.
There looks to be a bevy of guest stars on Love and War including Pharrell Williams, Faith Evans, Usher and Maxwell. There is no official release date currently set for the project.
at September 24, 2011